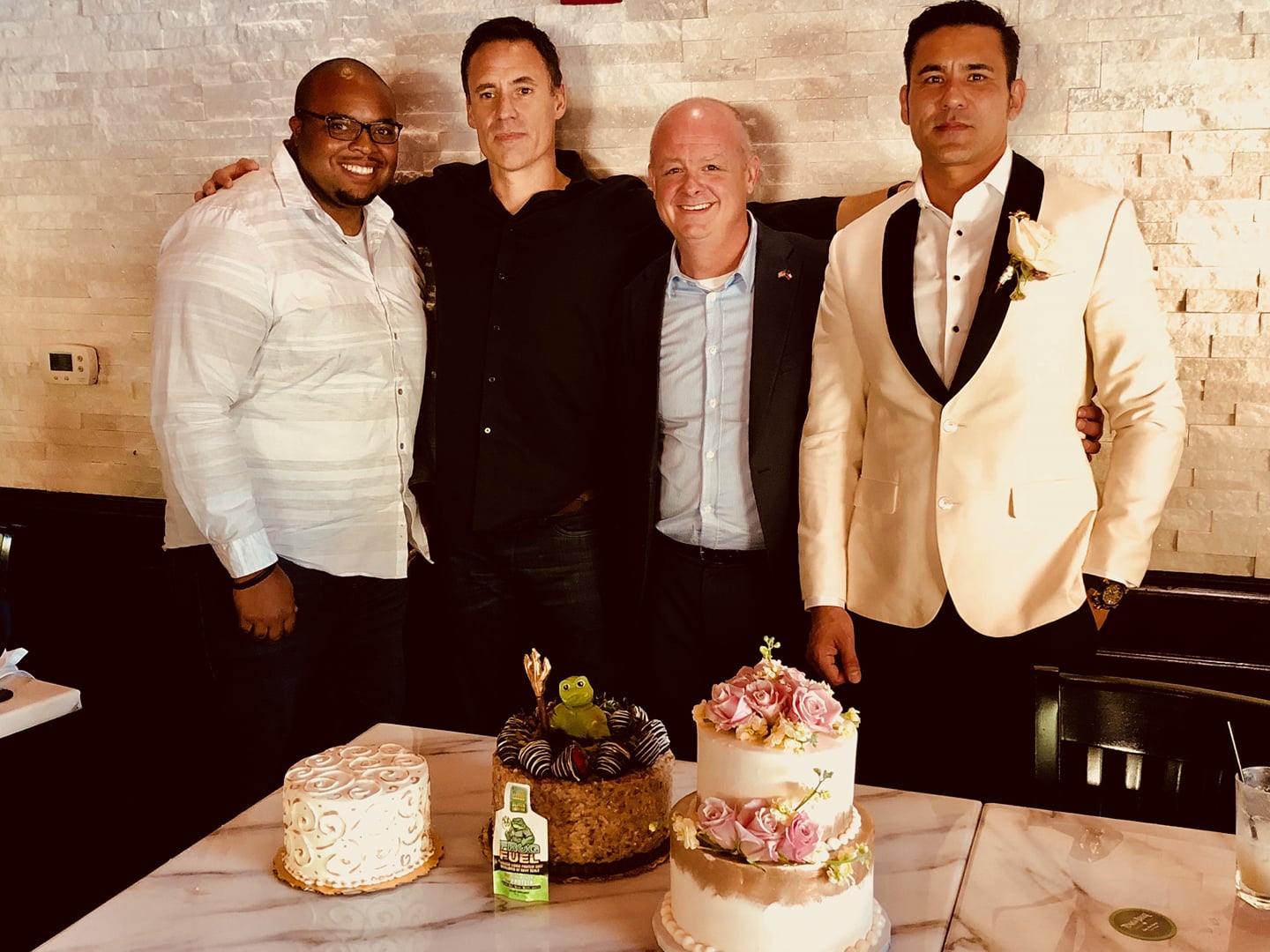 Alexander Kunz and Jeff Byers partnered with some of the top chemists and medical professionals in the world to create Frog Fuel and ProT GOLD. They recognized the need for a better tasting, more functional, powerful, and clinically proven product.

They developed a convenient, concentrated, ready-to-drink product that is safe for people with allergies or taking medication, is rapidly and easily assimilated by the body, and effectively treats a wide variety of indications.

The market demanded a product versatile enough to be used by patients, athletes, and health-conscious people alike. 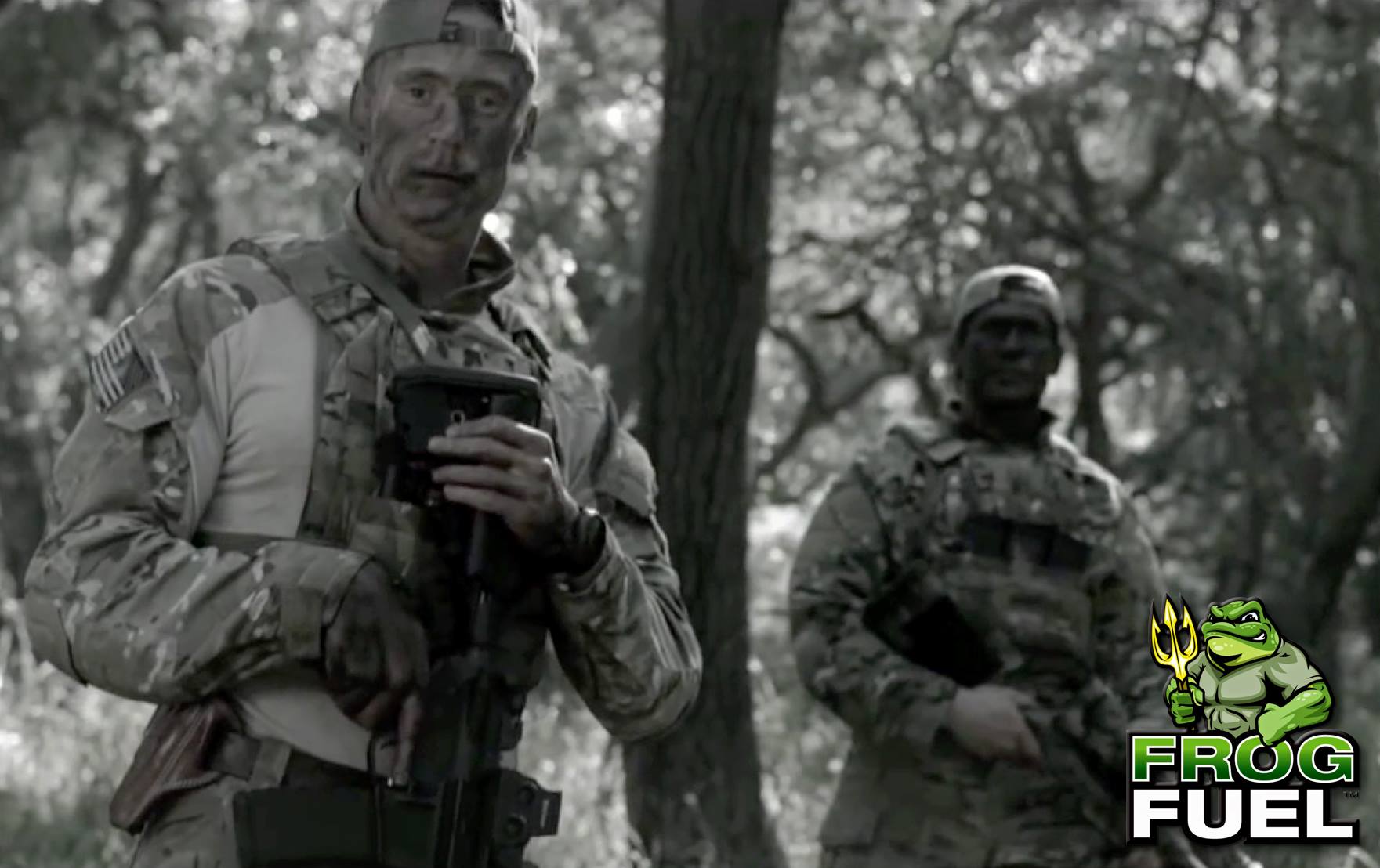 Alexander Kunz and Jeff Byers are former US Navy SEALs and disabled veterans.  They served together at SEAL Team 1 in Coronado, California.  They later met up again during Operation Enduring Freedom (OEF) while serving as contractors for a government agency.

Jeff Byers continued to serve as a contractor for many years after, while Alexander Kunz pursued a corporate career and established himself as an industry expert in Cyber Security, Risk Management, and Mergers and Acquisitions.

In 2012 Jeff and Alex decided to start OP2 Labs.  Over the next few years, they conducted countless hours of research, reviewing clinical science, international studies, and formulations.  They later partnered with a number of medical professionals and a Stanford Chemist to develop their first product which came to market in 2014. 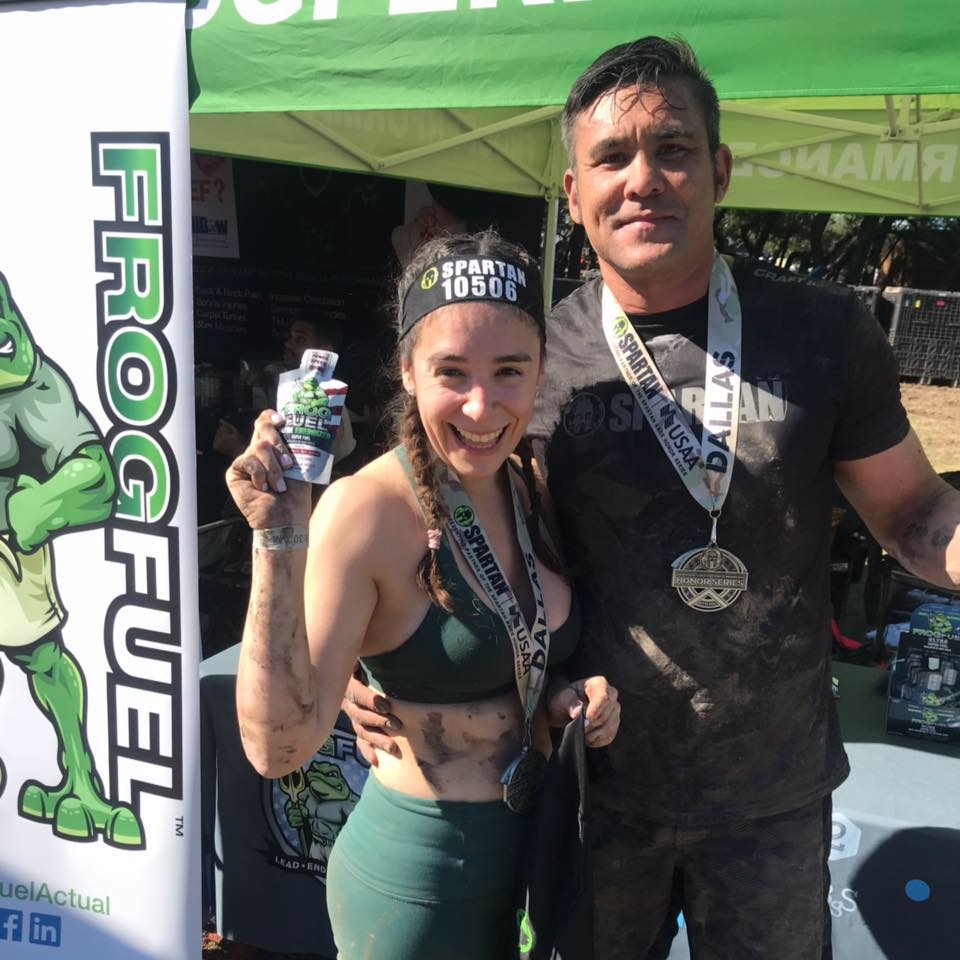 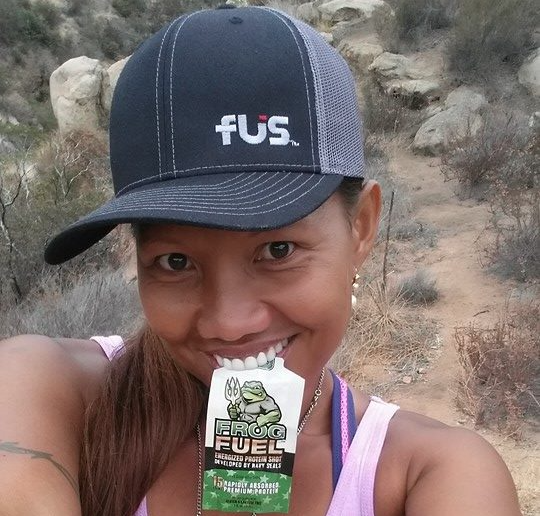 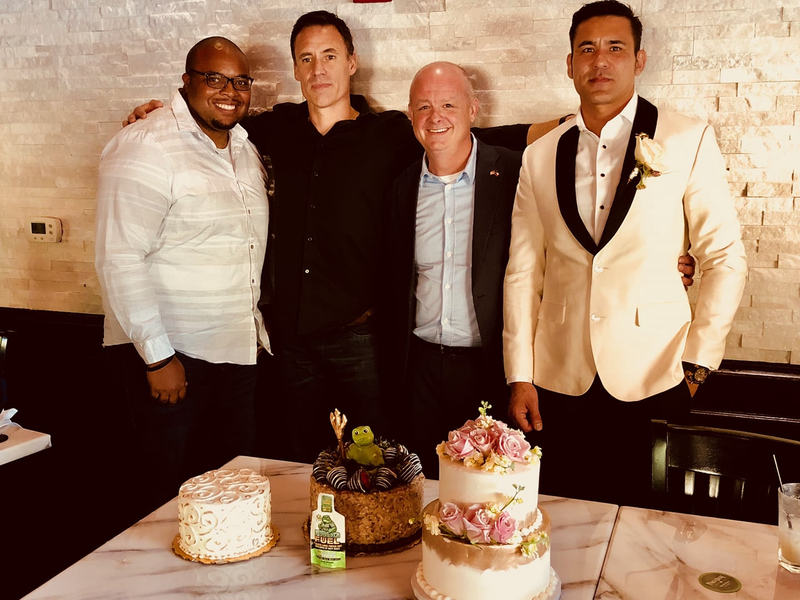 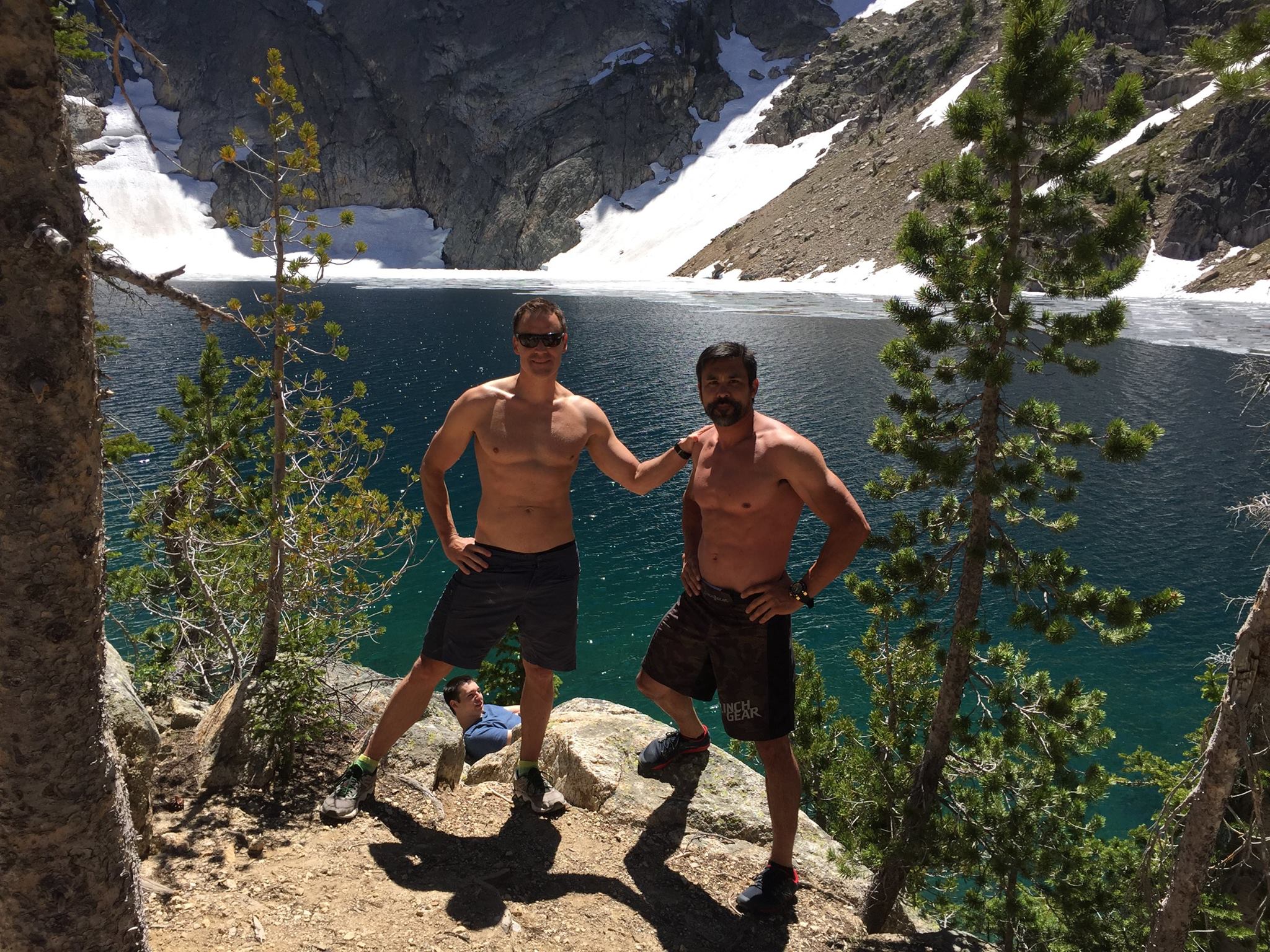 Alexander is an experienced executive who has worked for many Fortune 250 companies managing departments such as M&A, Business Strategy, Information Technology, Risk Management, and Cyber Security. He has served on many corporate and industry boards (Tipping Point Technologies, CISO Governing Board). In 2005, he co-founded Nicholas K Clothing, a high-end retail fashion line. He was a former United States Navy SEAL.

Alexander is also the Chairman of the Board of Directors for HeadUp, LLC. 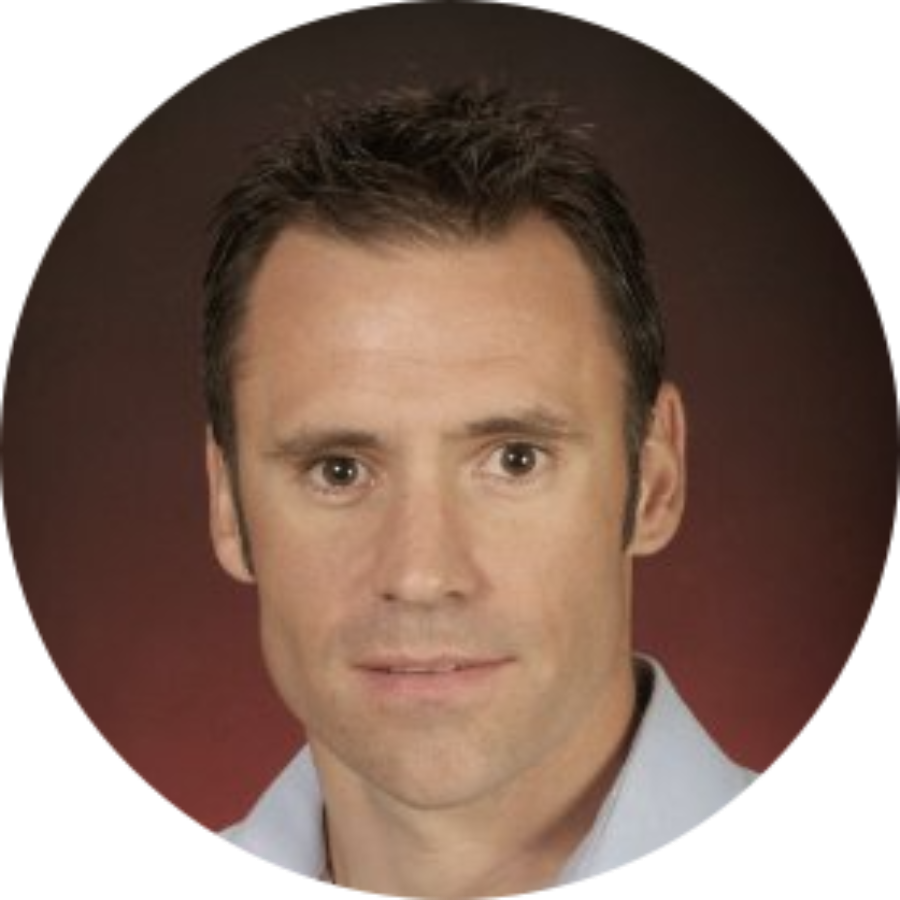 Jeff is an experienced executive who enlisted in the Navy and attended BUD/s training at age 19. He successfully completed training when he was only 20, and became a Navy SEAL stationed at SEAL Team One. His experience comes from managing teams in some of the most austere environments around the world. Jeff spent five years at SEAL Team One before leaving the military and co-founding OP2 Labs.

Our Board of Directors

Daniel Weinand joined Shopify in 2005 and co-founded the Shopify platform that launched in 2006. He was the Chief Design Officer since 2008 and also served as the Chief Culture Officer up to a successful IPO. Daniel Weinand is currently a co-founder and partner for NuBlu and Blue Pacific Studios.

Daniel is a recipient of the Ontario Business Journal's Forty under 40 awards and has been named in INC. magazine's 30 under 30 list. He is currently writing music full-time and traveling for poker games in his spare time. 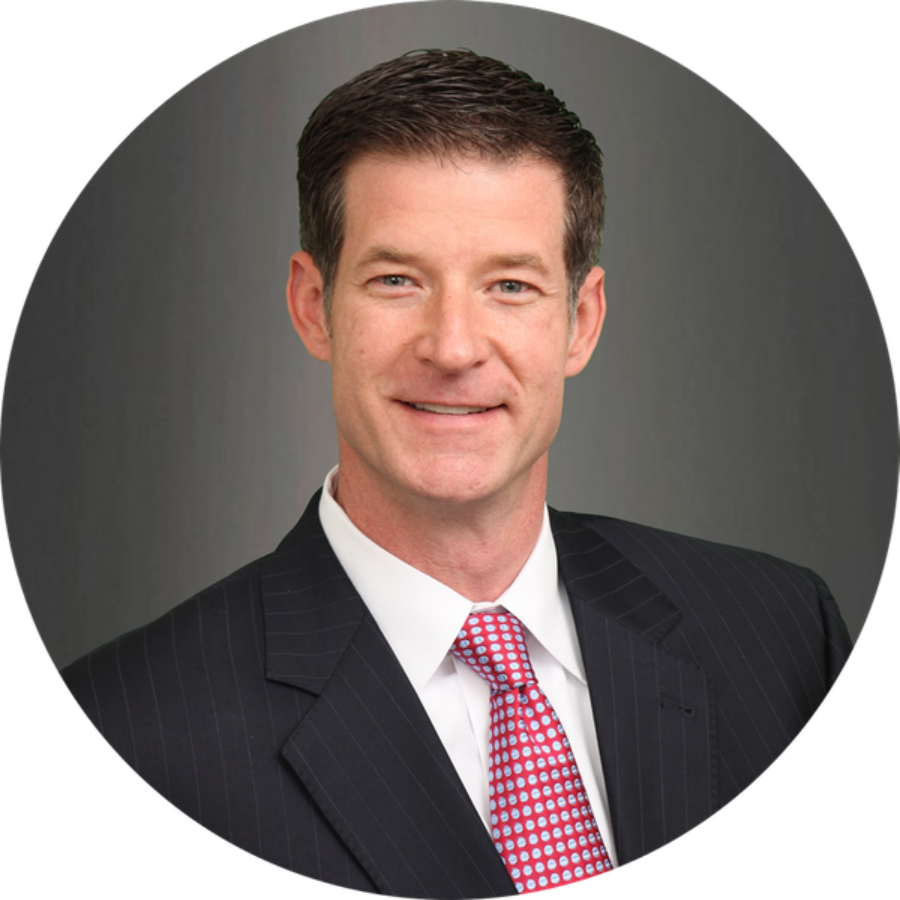 George has been recognized as a 40 under 40 honoree by the Fort Worth Business Press.  His company has also been recognized as a Texas Family Business of the Year nominee from the Baylor Business School. George serves and has served on multiple local Chamber boards, helping the communities and other small businesses in the cities around his dealerships. 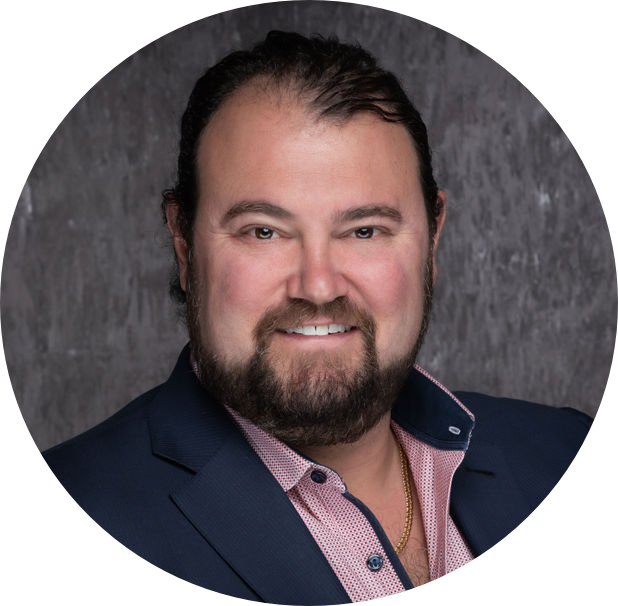 Mr. Burg, CIO, and Managing Partner, along with Michael Craig-Scheckman, is responsible for the management of the Firm’s portfolios and portfolio risk management. Mr. Burg has experience in the mortgage-backed and asset-backed securities sector and joined Deer Park in October 2010. Prior to joining Deer Park, he was a Principal at General Capital Partners, where he focused on advising middle-market companies in distressed situations. Previously, he was at Pursuit Partners, a $550 million fixed income hedge fund where his focus was on analyzing mortgage and asset-backed securities opportunities. 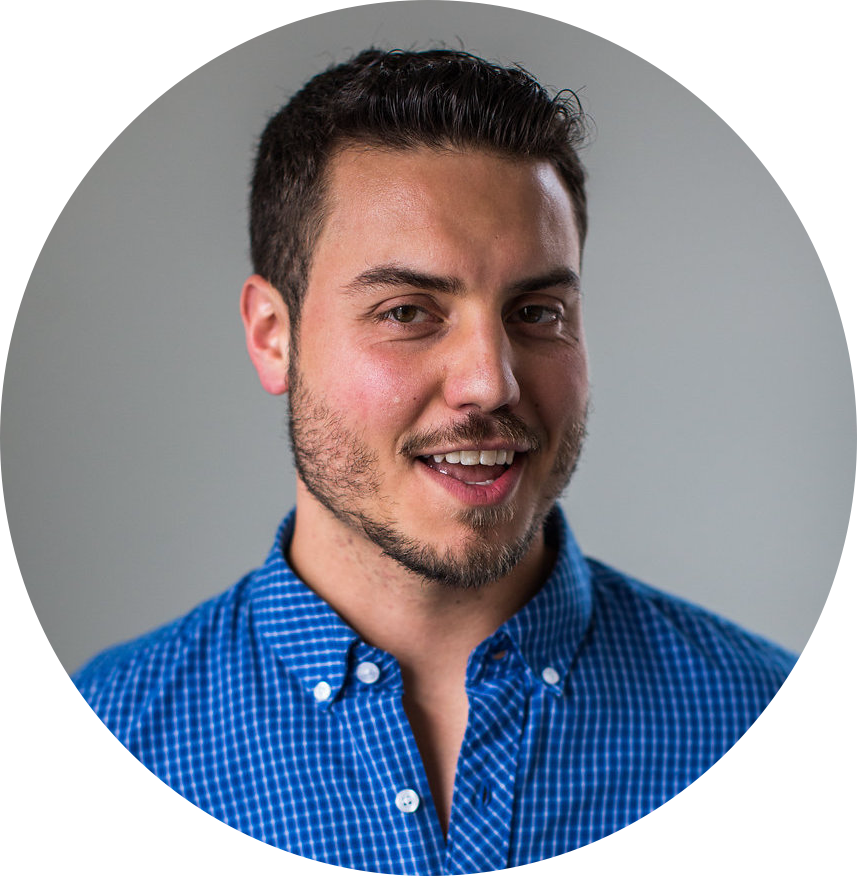 Aaron Saari is a modern marketing aficionado who helps mission-driven startups and small businesses grow through a combination of automation, digital marketing, and strategic storytelling. He creates marketing systems that minimize human and financial expenses while maximizing exposure and sales volume. He’s also a West Point grad and was an Army officer with deployments to Iraq and Afghanistan in a former life. 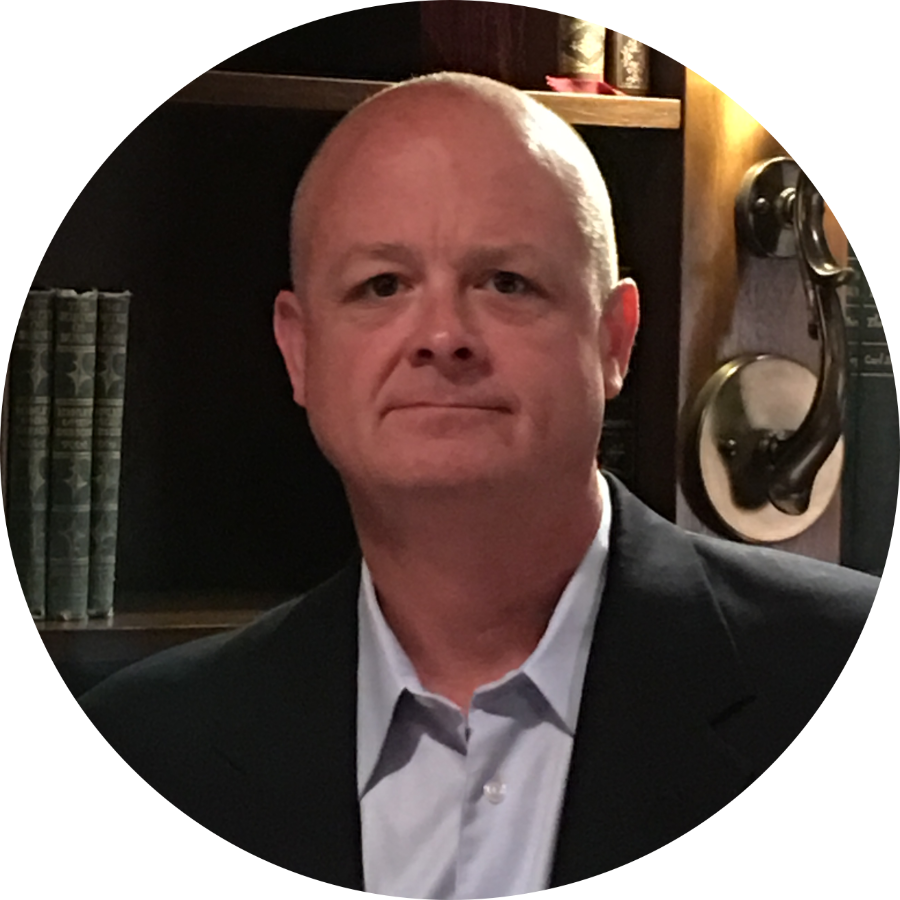 Prior to joining OP2 Labs, Eric worked in senior sales and marketing positions for SIRIUS Satellite Radio and Kenwood Electronics. Notable are his 10 years at SIRIUS, where he directed the retail launch nationwide and helped to secure majority market share at several big box retailers, including but not limited to Best Buy, Circuit City and Walmart.